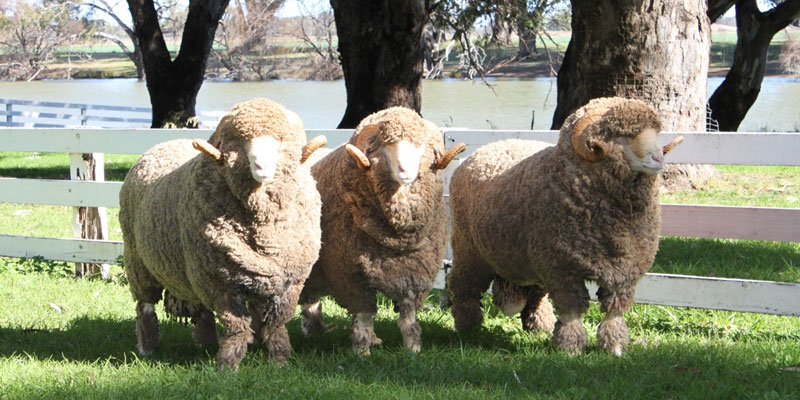 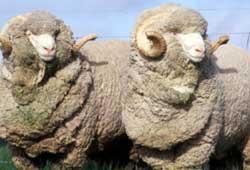 Spain should be considered the motherland of the breed of merino sheep. It was  the Phoenicians and Carthaginians who originally introduced fine-wool sheep and the Spaniards immediately understood the great value represented and put in place a system composed of breeding flocks from 10,000 to 40,000 head with farmers  who had flocks of 1000 head. They were considered as a caste apart as  he dedicated his entire life to the care of flocks during the summer grazing in the mountains of the north  and then to move in winter to the southern plains, having all the facilities on their transhumance.
The whole economy  of the nation was due to sheep farming and the resulting wool industry meant  farmersbecame  powerful men in Spain even if all the main flock was owned by the crown or the nobility and clergy. Between the seventeenth and eighteenth centuries it reached its maximum level of development and selection with a strict embargo in force , but at the end of the eighteenth century, being involved in many conflicts that upset Europe for a long time, they allowed the disintegration of the flock and the their spread to other parts of the world.
To better understand the background of Australian merino we consider the following events:

Germany:
at the end of seven years of war in 1765 the Elector of Saxony convinced his cousin the King of Spain to give him 300 sheep to help its economy. Today we can recognize them  as being  the ancestors of the merinos presently inTasmania. Given the excellent results obtained by the electorate of Saxony ,other European countries (Sweden – Hungary) followed the same Saxon farming methods that differ from the Spanish for the fact of keeping the cattle on the farm and always protected by  continual selection for the breed to  improve the body and the production of fleece. Two famous woolgrowing farms were founded in that period Gadegast Steiger. The latter is evidence that two rams imported into Australia in 1888 weighed 250 and 275 pounds.

England:
King George III signed a contract of exchange with the King of Spain. Sheep in exchange for carriage horses, soforming the royal flock so for the first settlers to arrive in Tasmania.

France:
Louis XVI in 1780 received  269 merinos from the King of Spain and began the breeding of Rambouillet. Many of these sheep were imported into Australia between 1860 and 1870, which contributed to the formation of the Peppino flock.

America:
at the beginning of the nineteenth century, the American minister to the Spanish court  obtained some important shipments of  merino sheep. After several years of maintaining the Spanish breed ,  American farmers,  particularly in Vermont,  began to select rams to produce greater quantities of wool at the expense of quality so that in 1890 they became the  “Vermont.” breed.

New South Wales:
no merinos was imported directly from Spain.
The first import was made by Captain Waterhouse in 1793 by buying the sheep in Cape Town coming from the farm of Colonel Gordon. Waterhouse gave them  to  Macarthur – Marsden – Cox and so were founded  the most famous farms in New South Wales.
Macarthur of Camden Park flock was the most famous and he was the first to export wool to the United Kingdom  and is credited as the founder of the great wool industry.

Tasmania:
between the original importers of merinos the Van Diemen Island Company Saxon sheep deserves a mention.
Thomas Henry, an important English farmer, moved to the island with all his flock.
Cox of Clarendon received some examples  from Camden Park.
John Leake in 1822 received  some Saxon sheep  from Hamburg.
Parramore imported animals  in 1825 from  Saxon but certainly the most important was that made by Mrs. Forlonge in 1820.
Visiting Saxony with her children she personally selected the animals  and began her trip  to New South Wales.
Whilst passing through Hobart, the governor Arthur Wales, convinced of it’s great value, persuaded  the family to stay in Tasmania by  giving them  pasture between the city of Cleveland and the Macquarie River.
After some years the Forlonge family decided to move to Victoria and sold the property and half of the flock to the Taylors. In this flock the Taylors added Saxon imported sheep  of Captain Bell and it was the beginning of farms such as Winton – St. Johnstone – Valleyfield  who are still the main producers of superfine wools and have blood directly or indirectly descended from the Forlonge flock .

Victoria:
after  the discovery of rich territories many excellent breeders of Tasmania moved their merino flocks  adapting to new pastures. The most famous breed was Peppino di Manganella in Riverina district.